In the era of Great Discoveries, China was an enigma to the world. The man who penetrated this inscrutable empire and deciphered for the West its code was Matteo Ricci. Ricci was a man of both gentle and indomitable character. He not only knocked open China’s tightly closed door, but he also built a bridge between China and western civilization. After mastering the latter’s mathematics, geography, astronomy, and other sciences, he flew to the Celestial Empire on the wings of Christianity. Thanks to Ricci and the Jesuit missionaries who succeeded him, perennial Chinese philosophy, culture and wisdom found their way to Europe. The encounter of these two civilizations was not without shocks and conflicts. Ricci’s approach consisted of assimilating the culture of the place and integrating into one’s own life the thinking and the customs of the country adopted. Though he experienced setbacks and tribulations, sufferings and struggles, he nevertheless wrote an extremely fascinating page in the history of Church and culture by enabling the works of the Society of Jesus to flourish in China. Today while China is opening her arms to welcome the whole world, it is worthwhile to have a look at the history of the Jesuits in China and reflect on their experiences. This book follows the story of Matteo Ricci and his successors through four centuries of dramatic developments in the history of China and Catholic Church. 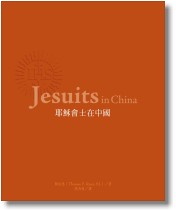 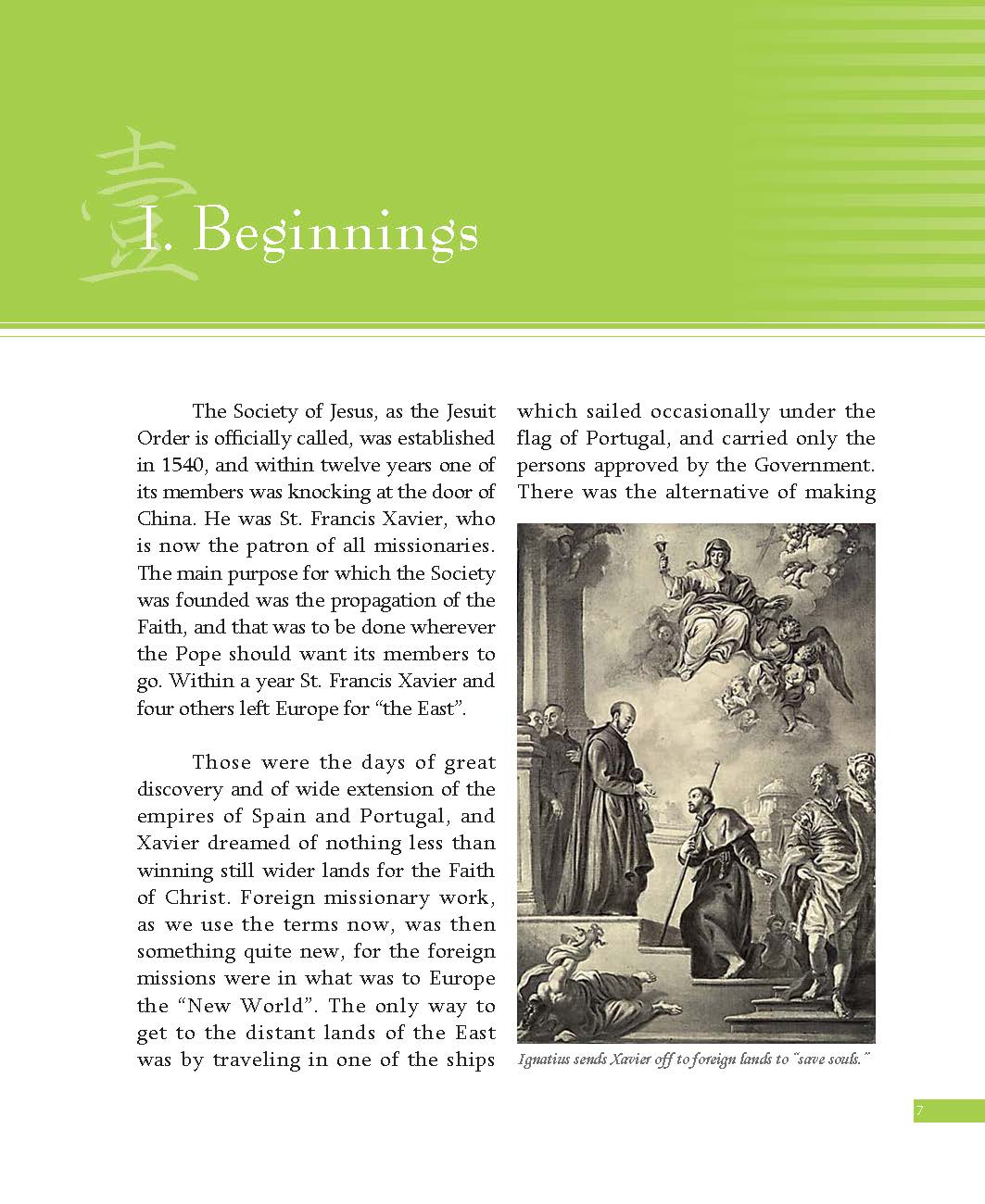 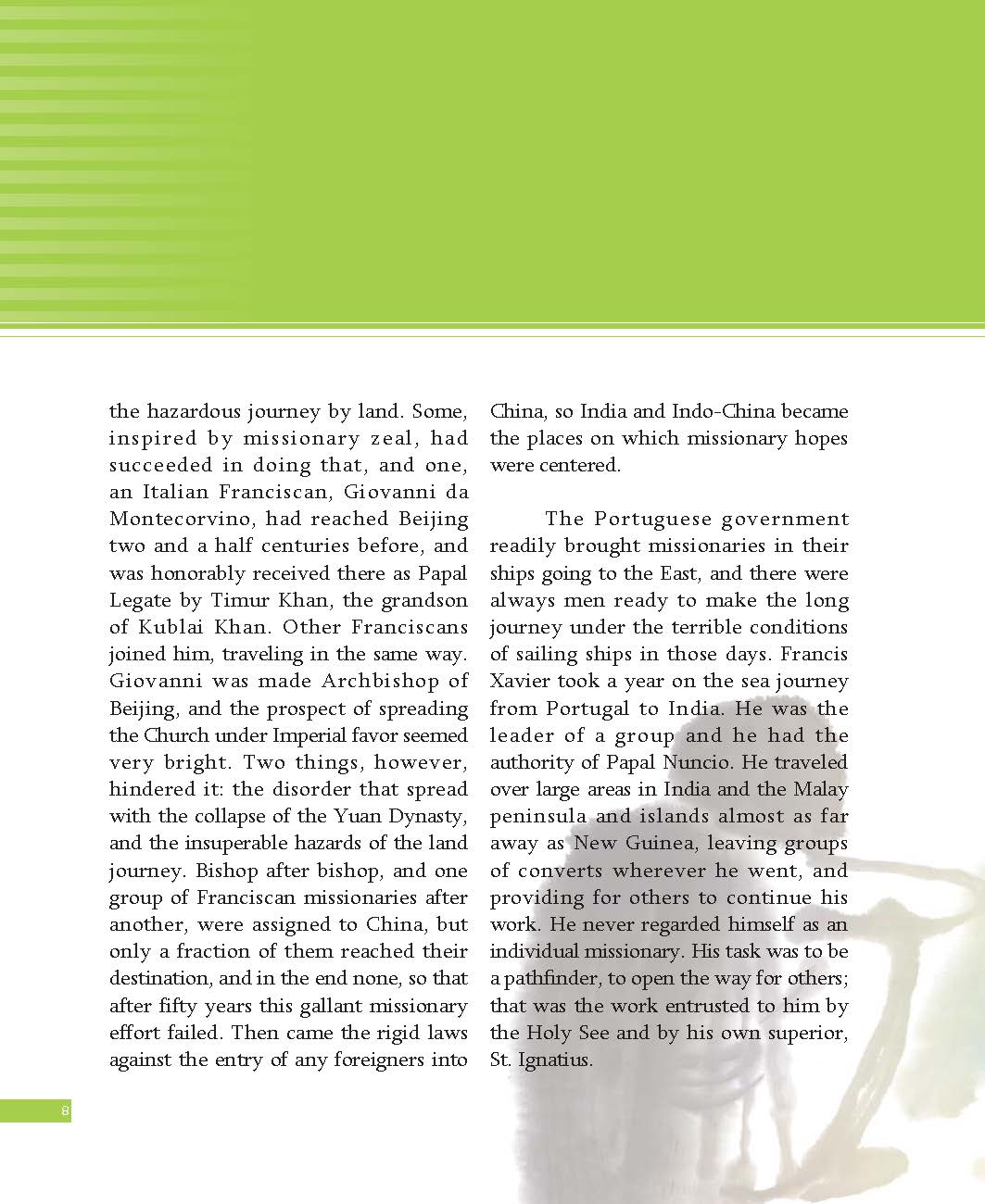 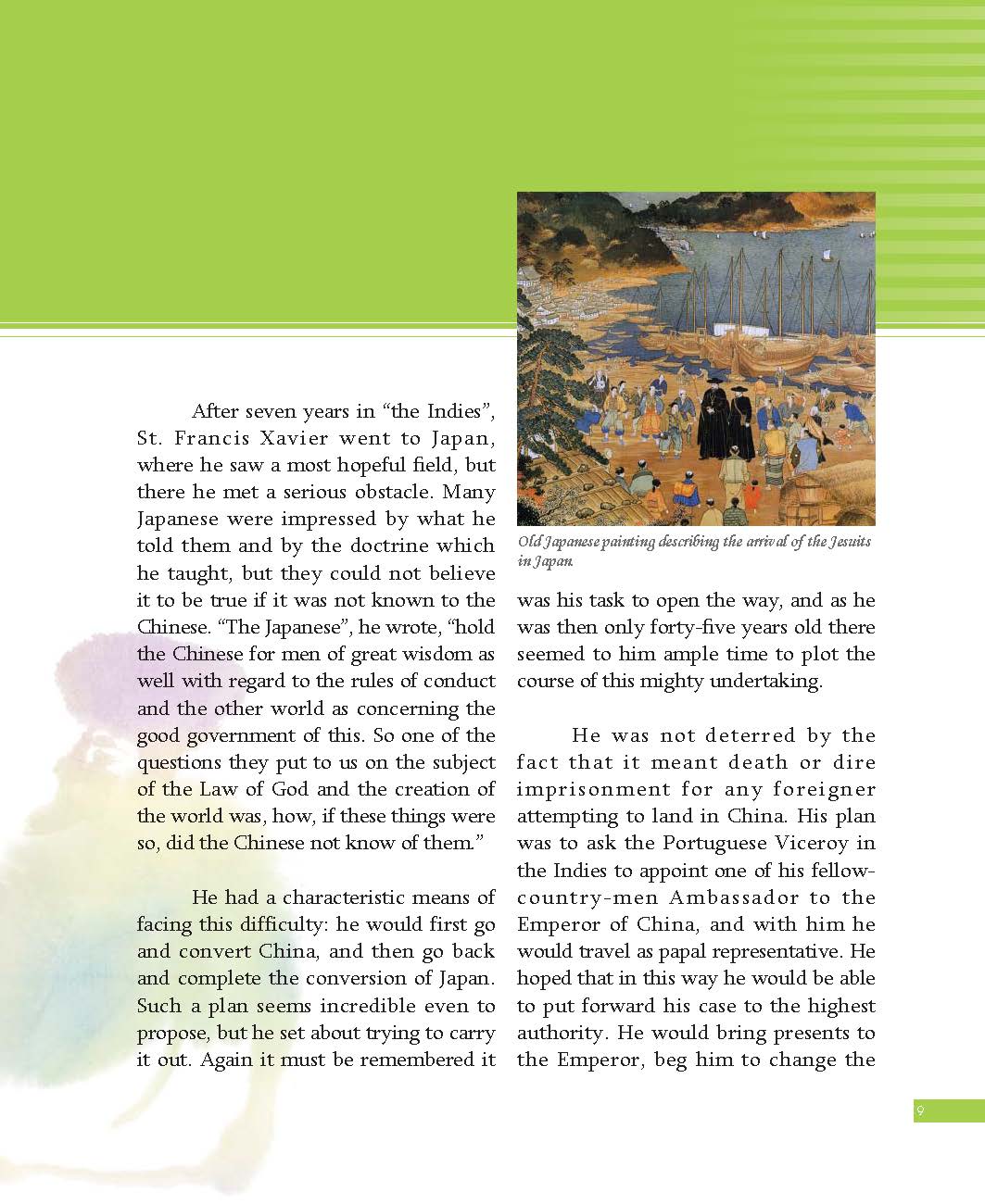 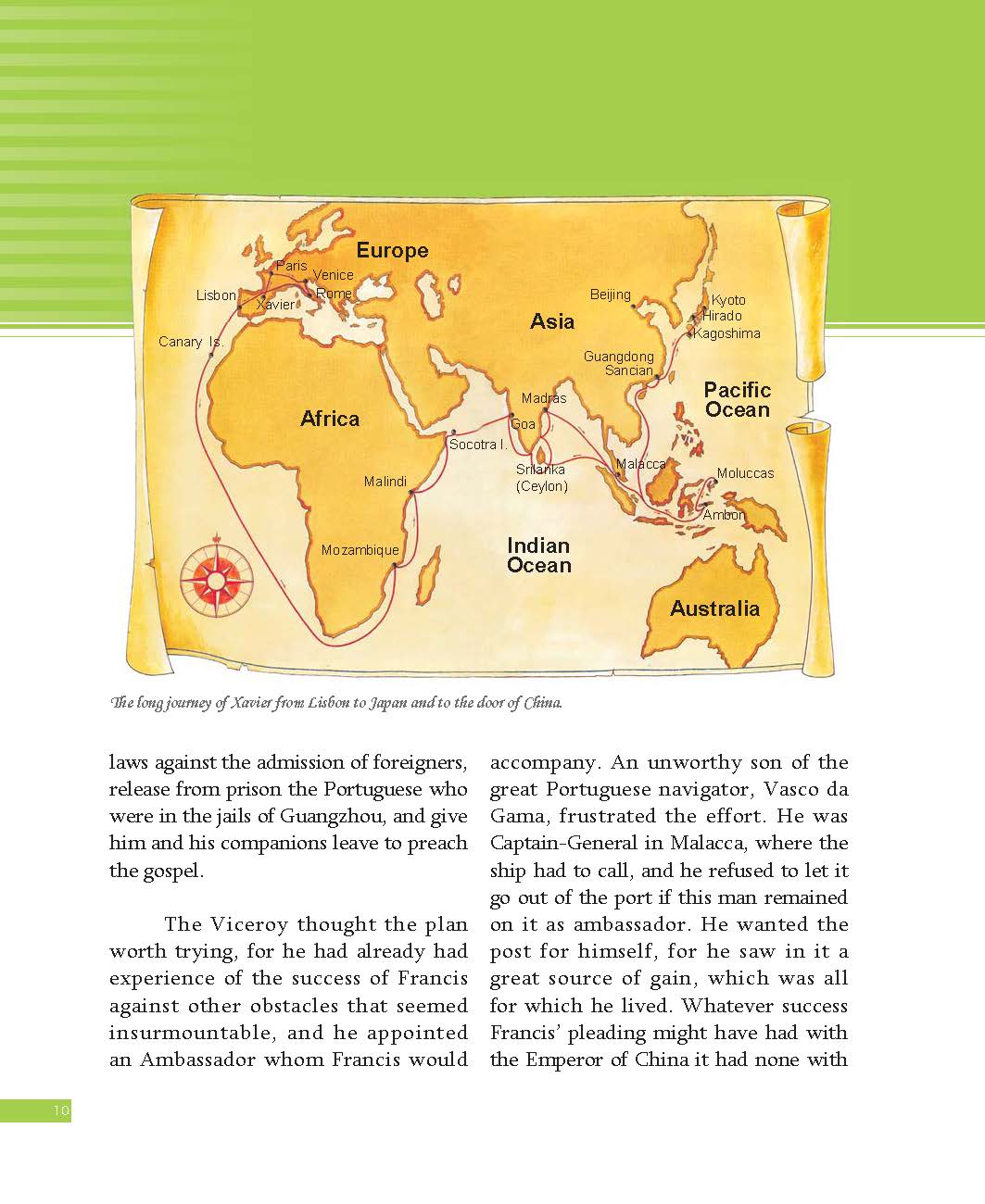 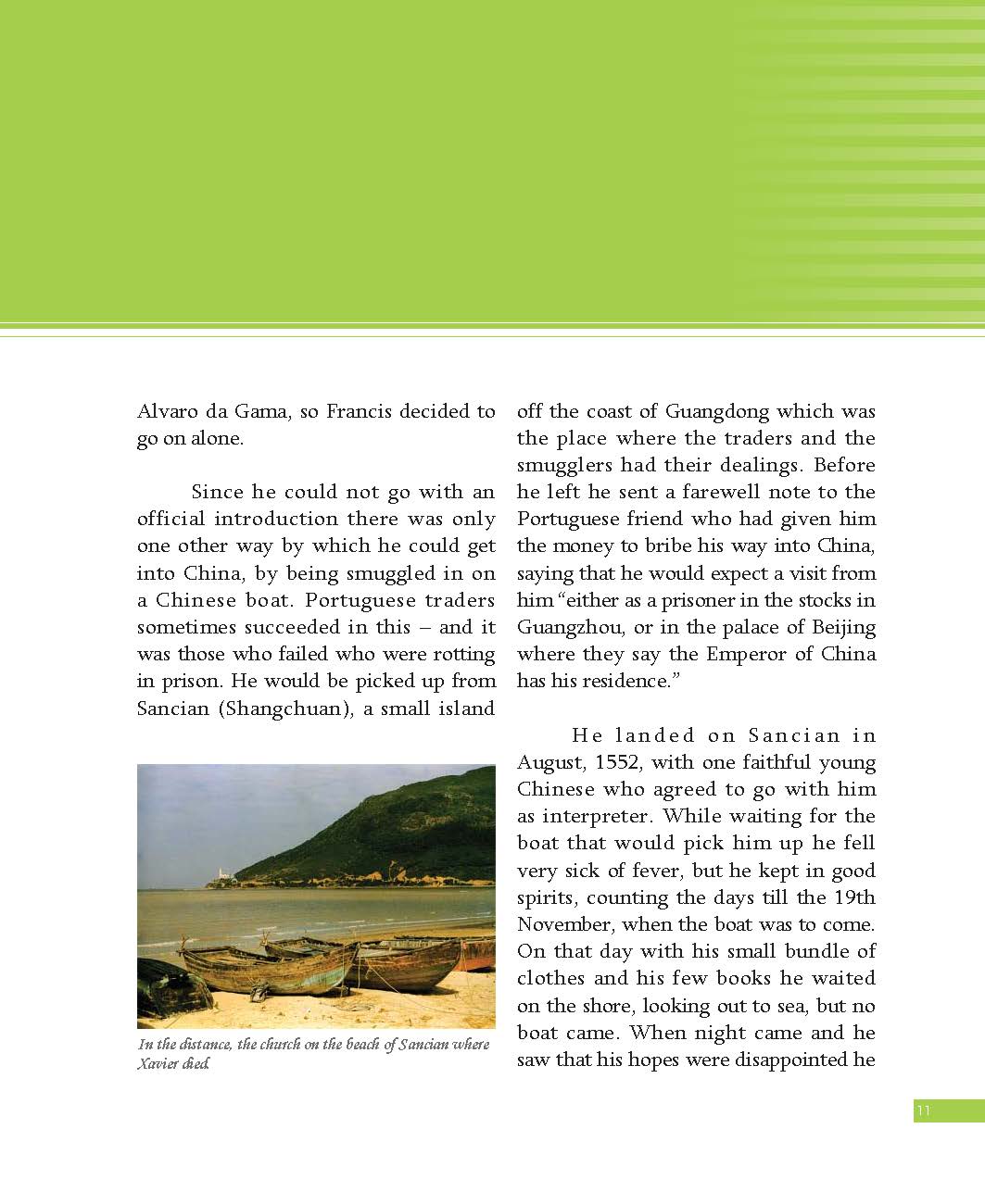 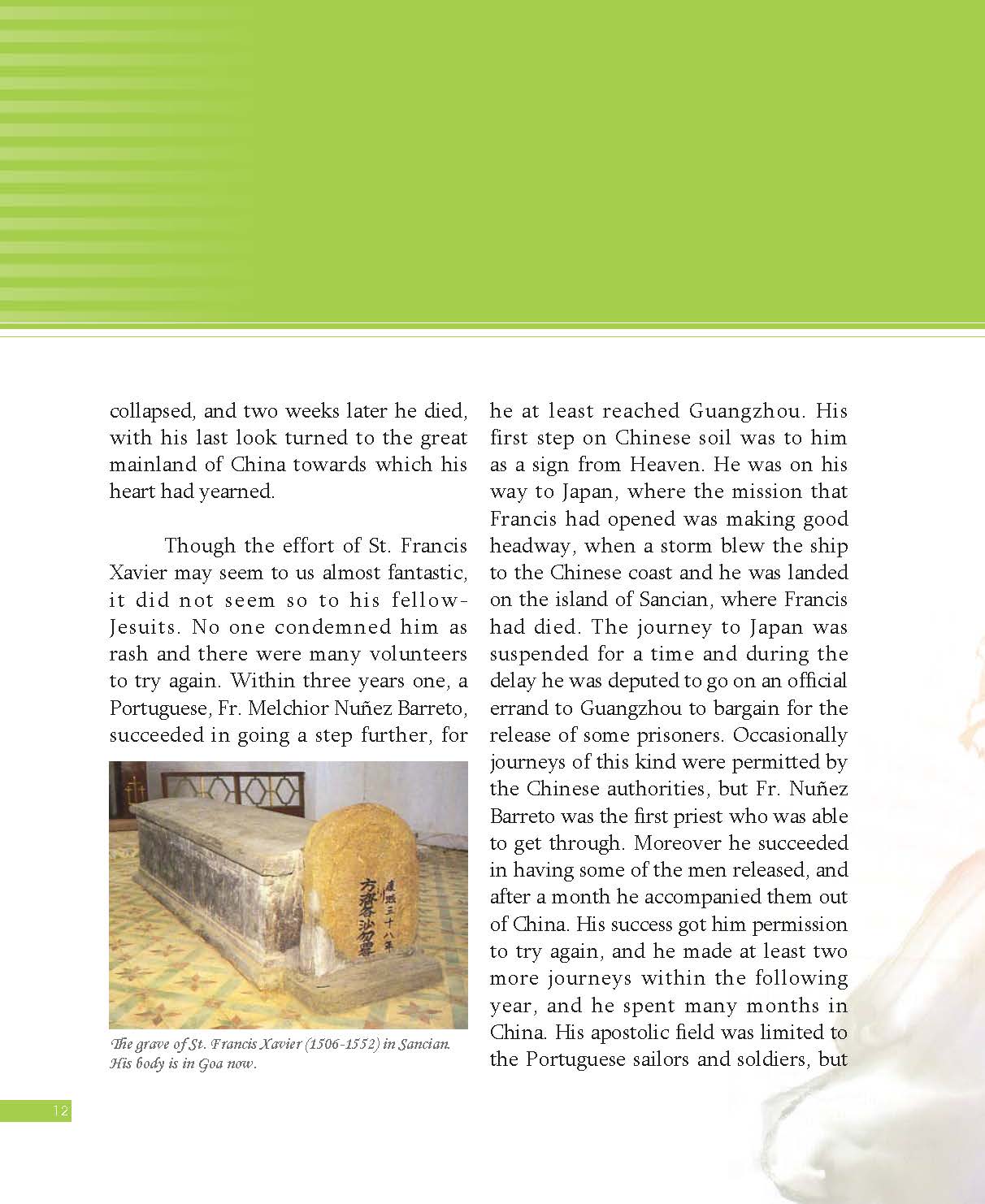 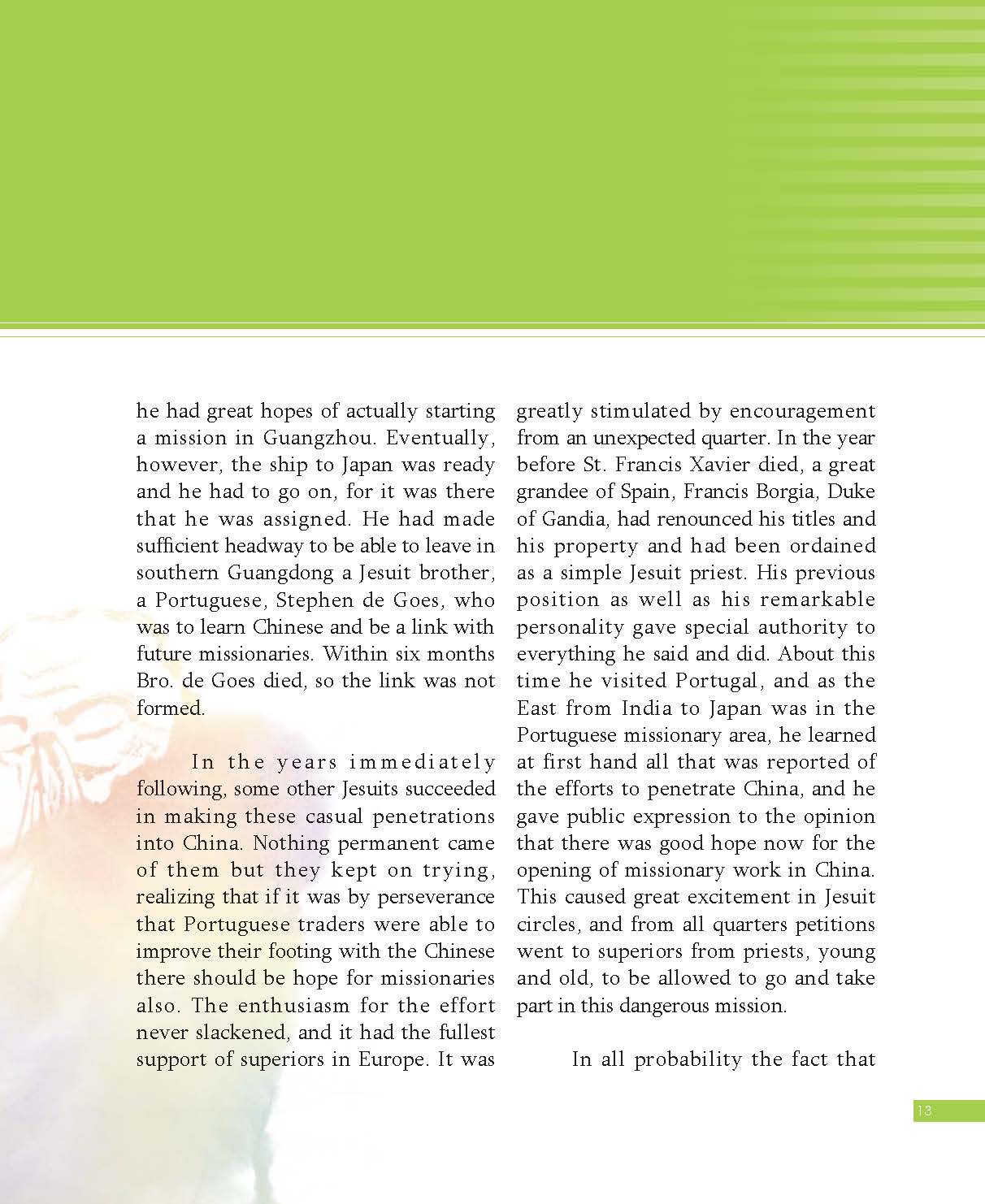